You are here: Home / Blog Praxia Energy / Praxia will optimize its PV structures at the Oviedo´s university wind tunnel 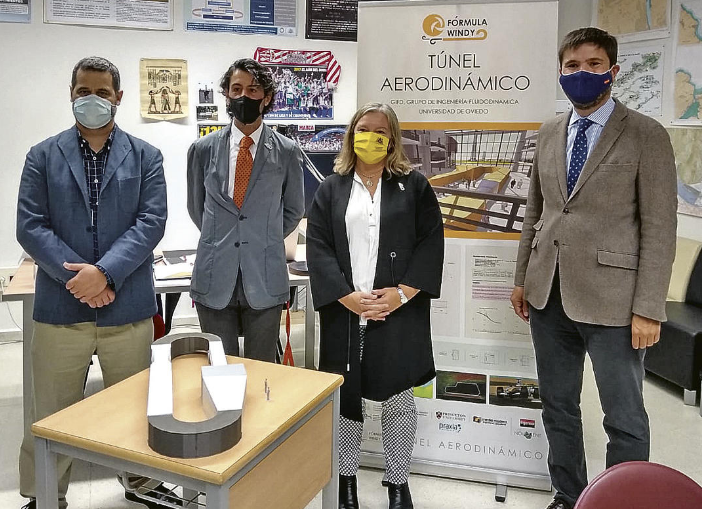 The company has presence in 25 countries, and will test the resistance and improve the design of their products in the wind tunnel of the University of Oviedo.

The solar energy sector shines, for the moment, immune to the effects of the coronavirus. In the heat of that sun, Praxia Energy, which has its factory in Langreo, Spain, has just signed an agreement with the Department of Energy of the University of Oviedo to test their products in the wind tunnel, also called aerodynamic tunnel, (a tool used in the engineering world to test the effects of air movement on solid objects, an essential step for structures for solar panels) that the University of Oviedo has on the Mieres campus.

It will be, in words of Pablo Cuesta, CEO of the company, “a way of testing the resistance of the new pieces and improving the designs. This wind tunnel entails to enjoy the benefits of a whole department of innovation and development (R&D)”.

The agreement so that the company can use this wind tunnel will be valid for one year (the maximum allowed) and was signed only a few days ago on the campus of Barredo. And it is one more example in the increasingly fluid relationship and knowledge transfer that there are between the University of Oviedo and private companies in the region.

What’s more, the wind tunnel housed in Mieres (almost 400 square meters) has been developed by the Hydraulics and Fluid Mechanics Engineering area, coordinated by professors Antonio Navarro and Eduardo Blanco. In the act of signing the agreement was present the vice-Chancellor of material and technological ressources, Marta Hernando.

This collaboration, said Cuesta, will be key for Praxia to improve its competitiveness in demanding international markets in which the company is competing quite fluently.

The solar energy market is growing quite strongly both in Spain (thanks to the end of the so-called sun tax at the end of 2018 that penalized this type of installations) as well as in international markets. So much, that Praxia has right now projects to be developed in the Netherlands -where it has just participated in the construction of a huge solar park, Sweden, Barbados or Japan.